ROBERT E. BRUCHEY, II, is serving his fourth term as Mayor.  He was elected as Mayor in 1997, appointed in 2006, and elected in 2009.  During his first term, he worked closely with the State, County and business community to bring the University of Maryland Education Center to downtown Hagerstown.  He served in the US Army Military Police in Hontheim, Germany.  In addition to serving as the Mayor of Hagerstown, he works for the Sales Department at Hagerstown Ford.

The Mayor is the Chief Executive Officer of the City and is responsible for the execution of City policies, laws and resolutions. The Mayor serves a four-year term. 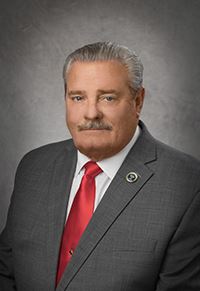