The City's FoundationHagerstown was founded in 1762 by Jonathan Hager, a gunsmith, fur trader, farmer and politician. After settling he quickly increased his wealth and expanded his land holdings acquiring over 10,000 acres which he used to layout plans for the town. It was originally named Elizabethtowne, in honor of his wife, but was later changed to Hagerstown in his honor.Hagerstown was situated at the crossroads of the “Warrior Trading Path,” the Eastern Native American North / South Trading Route, which is modern day Route 11 and the First National Road, now Route 40. The town grew quickly and was a prized location for transportation of all kinds from covered wagon to nearby river navigation. 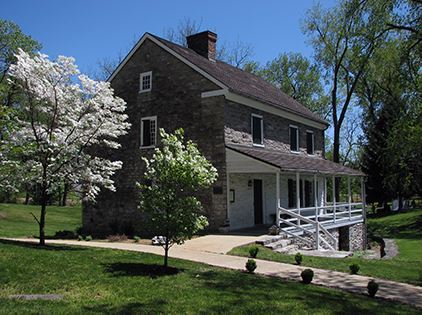 A Time of Change

: The Introduction of the Railroad

The 19th Century marked the arrival of the railroad to the area in 1834. This, perhaps more than any other factor, spurred the growth of Hagerstown into the city we know today. The nickname “Hub City” comes from the way all the railroad lines running into to Hagerstown resembled the spokes of a wagon wheel on the map. The Western Maryland, the Baltimore and Ohio (B&O) and the Chesapeake and Ohio (C&O) all supplied these “spokes." Railroading grew as an industry and was the main driver of the local economy well into the 20th Century. Although passenger service has ceased, freight still rolls through Hagerstown everyday.

Today, in keeping with its rich history the “Hub City” sits at the crossroads of two major interstates I-70 and I-81. It serves as gateway to the Baltimore and the Washington, D.C. area as well as the “hub” of government, commerce and recreation for the tri-state area.
TRANSPARENCY PORTAL
City Financial Snapshot
ONLINE SERVICES
Pay Bill/Check Permit/Jobs
RESIDENT 311
Get Engaged
PARKS & RECREATION
Find Out More